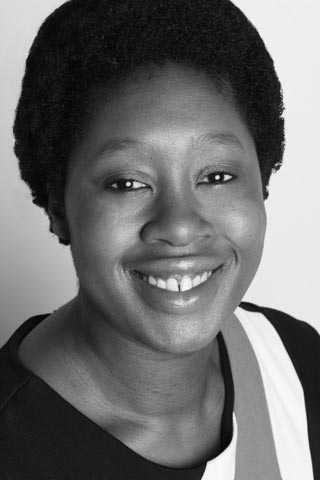 I would say that the three things that organisations need to concentrate if they want to do better at diversity are (1) understanding both the personal and business motivations for wanting to do better at diversity and inclusion, the two have to match. It's really important to understand why they're doing this, why they're embarking on this journey.

It's easy to see organisations that are attempting to do this work, because they feel this makes them look good, or they should be doing it. And often, when we start from this premise, it's very easy for things to go wrong, or when things get very difficult for fatigue to set in, and for mistakes to be made with no or little accountability.

(2) Related to the first, which is around understanding the business and motivations of the key influencers in the organisation. Real diversity and inclusion in the main is driven from the top and it helps for there to be clear understanding of what motivates those key influencers in the organisation. Once you can understand their key motivations, you can then start to address these issues and talk in a language that makes sense to them in order to foster a culture of real diversity and real inclusion.

Real diversity and inclusion in the main is driven from the top and it helps for there to be clear understanding of what motivates those key influencers in the organisation.

(3) It's important to understand that embarking on this work, is a marathon, not a sprint. It's not about doing things that make you look good. It's not about just looking at quotas and looking at data. It's about changing business culture, essentially. And that takes time to see any change. Organisations need to understand that before they see the big changes, there are lots of small changes that happen along the way too. So if an organisation can focus on understanding that this process is a journey, it makes it much more likely to be successful and makes it easier for them to stay the course.

2- In your experience, based on the above question how important is it for organisational leaders to take responsibility for visibly influencing and actively modelling the inclusive behaviours that they seek to embed in the organisations culture? What are the consequences of poor leader engagement?

If an organisation is serious about embedding diversity and inclusion, organisational leaders have to be visible in influencing and actively modelling this behaviour. The reason being is that, as influencers, they set the tone for the culture of the organisation, by the things they do and say, as well as don't do and say. They decide what's acceptable, and what isn't. Everybody takes their cues from not only those around them, but those above them. What is tolerated, what is accepted, as well as what isn't. So everything that leaders do visibly models, how they feel their organisation should be run.

The consequences of poor leader engagement leads to either confusion as to what's acceptable and what isn't. Or It leads to an atmosphere where people feel that certain behaviours are tolerated and allowed to go unchallenged, even though they may feel that these things are wrong. So this is why going back to my first point, it's important to understand the motivations of key influencers within organisations, so that you can align their business and personal motivations to diversity and inclusion with their active modelling behaviour of this within the organisation.

3- In your consultancy work, what would you say are some of the more frustrating challenges that you consistently face when working with organisations?

Some of the most frustrating challenges I have seen is around understanding that, in order to see different results, organisations have to take different actions. One of the things that I see come up quite often is the idea of a zero sum game.

That is, if any kind of underrepresented group is afforded any support, there are immediately conversations around how they're being given an unfair advantage or that its positive discrimination. The frustrating aspect is not around the fact that they're having those thoughts, but around the fact that we are conditioned to believe that everyone has a level playing field and that there are only so many seats at the table.

So if one person is given additional help, then it takes away from somebody else. When in reality, these initiatives, programmes, new models of working is all about actually levelling the playing field of opportunity to have a seat at the table by removing barriers, not giving somebody an advantage over somebody else.

4- As a leading D & I expert, what is the last thing that you learnt that challenged your thinking?

The last thing for me, I've been learning about that has really challenged my thinking is around the conversations around race. I've always been aware that race can be a difficult conversation to have in the workplace, in society, within families etc. but I wasn't aware of how difficult it is for some people talk about these things in a way that doesn't end up with somebody getting defensive, angry and start shaming others around them.

I've seen this in different settings, workplace settings, social settings, family settings, conversations on social media. It is really hammering home for me how far we have to go. And I think also because I have a mixed heritage family myself, it's something that's top of my mind more often as my children are growing up and these issues crop up from time to time.
I see the same problems around having conversations about race, in different contexts, but the foundational issues around sensitivities, not having the right language, not having the right skills to have meaningful conversations that don't turn into accusations and hurt feelings repeatedly.

Those are things that lately has been really apparent to me and is something that we need to work on not just as a society, but as employers and employees as well.

5- In terms of the various glaring ‘pay gaps’ that are increasingly being highlighted, what tangible steps would you like to see taken to help remedy them?

Several things. The first is understanding what the pay gap is and isn't. I still see pay gap reports are really short with no narrative. I get the sense of either those organisations are not really bothered or they don't understand the data enough to talk about it. And so understanding what the pay gaps, it's about, and understanding the key difference between equal pay, and the gender pay gap or any pay gap is really, really important. Once you understand the difference between the two, then it's much easier to see what you can do to rectify them.

The second thing is around communication and owning the data. There are not many firms in the UK that have great pay gap data. So, for me, it's important for firms to own and the numbers that they have and understand the story behind why they have that data. To be willing to ask those hard questions around, what do they do to turn that around.

And the third thing is around providing dedicated resources to addressing this whilst ensuring that it's embedded within business operational business plans.
There's no point in saying that you're going to rectify your pay gap if it doesn't relate to anything else, because then it becomes a standalone issue, which will fall flat on his face because there's no level of accountability.

There needs to be business repercussions if no tangible progress is made. If it is tied to strategic aims business/operation/financial aims this would ensure that action is taken. Pay gap reporting isn't going to go away. In fact, is likely to be more as the years go by. So having these three three key things in place will ensure that firms, take it seriously. And we'll see not only the pay gaps closing, but we'll see how organisational culture is changing for the better, to be more diverse and much more inclusive.