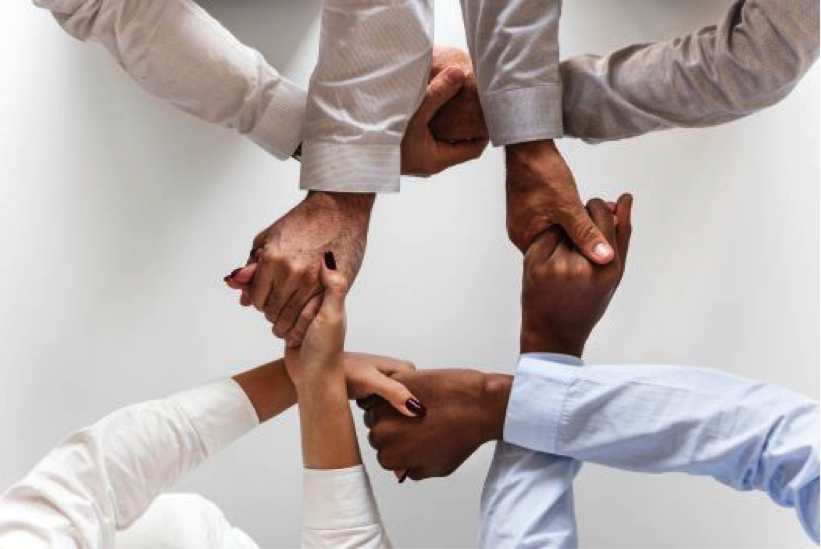 A short while ago, I posted on Twitter about privilege and the impact on me as racism, and I received a lot of challenge on that.

I – absolutely – understand the challenge, which is why the conversation is so important. What are our different perspectives? And how do we come together?

When I was threatened with legal action (despite my post being anonymised) my heart was, quite literally, jumping out of my chest. I looked down at my fitbit which registered 140bpm.

It was then I saw a message from an ally. She reached out to me to ask how I was and demonstrated solidarity.

If it wasn’t for THAT message at THAT moment from Robin Stevens, I know I would have crumpled, run away and withdrawn, and those who wish to shut-up the conversation about these matters would have won.

Allyship is so important now, to people of colour (POC*) who are trying to open up anti-racism and to be heard about next steps. The thing is, next steps are impossible if we need to tackle inherent issues of privilege and fragility. Black people and other POC will keep on receiving this, sometimes very hurtful, kick back when they try.

A – Advocate; use your privilege and give up your opportunity to speak, to give a platform to underrepresented voices.

LL – Listen and Learn; (do the work first) and with people of colour with whom you have a trusted relationship, ask them about their experiences

I – Intervene; whether or not there are POC in the “room”, call out inappropriate behaviours or language. It has greater impact if there are no POC present.

E – Engage; look out for and support those pushing the case for equality.

S – Sponsorship; actively fight for individuals of colour whose personal outcomes you can assist.

Thanks so much, Robin, for allyship when I needed it most.

With help like that we can keep the conversations going.

(*Terms to describe Black and minority ethnic people, or those non-white, are all problematic. I prefer POC for now).